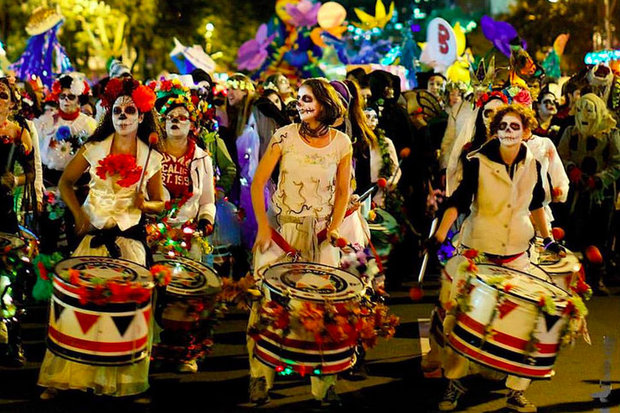 It’s that time of year again! Fall is in the air and Halloween is right around the corner. When we think about holiday travel, people are already making plans for Thanksgiving and Christmas, and their plans don’t typically include Halloween.

But just because door-to-door trick or treating as adults is frowned upon, it doesn’t mean you can’t scare up some fun as an adult. Trade in your skittles for some of the spookiest and fun events around. Here are my top 5 U.S. destinations to check out for your next Halloween vacation.

Move over Macy’s Thanksgiving parade, the Village Halloween Parade in New York City can be attended by anyone as long as you’re in costume. Get creative and join the 500,000 paraders that participate.

Closer to the West Coast at Halloween? Check out West Hollywood Carnaval where the street party is free, and the people watching, food trucks and music make it a memorable night.

It’s hard not to think of haunted tours and voodoo shops when talking about NOLA, which is why this location couldn’t be more perfect to celebrate Halloween. Widely known as one of America’s most haunted cities, there is something for everyone, from your little trick or treaters to the grown up monsters!

One of the biggest and most celebrated holidays on Maui is Halloween. Lahaina Town hosts one of the largest Halloween parties in Hawaii, often named the “Mardi Gras of the Pacific”.

Have you ever traveled on Halloween? Where and what are the best Halloween events you’ve attended?